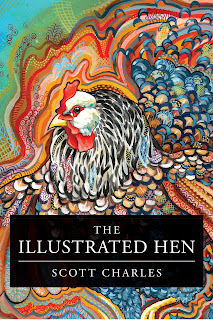 THE MYSTERIES OF “THE HEN” UNFOLD IN A STUNNING WORK OF LITERATURE
The Illustrated Hen celebrates the inner world of imagination and the sublime uniqueness of a young man struggling to cope.

SACRAMENTO, Calif. – The Illustrated Hen is a story about a young man named Ray, a common boy with an uncommonly vivid imagination.  He inhabits two worlds – an inner dream world of heroic characters, detectives, soldiers, mystery beings, magical animals, the occasional vampire, and artwork that comes alive – and the outer world that he shares with friends and family.  Sometimes the worlds overlap, and sometimes they collide. One day, in an attempt to make sense of it all, he finds himself caught in a vortex of his imagination. As Ray confronts his fears, desires, and passions, even the most mundane events become curious wonders in his journey to find a way to acceptance, peace and transformation.  Finally he comes to understand the true magic of the real world.

Readers will be captivated as the stories go from tales about the ever-changing and enigmatic Hen to bizarre stories of stolen Scrabble pieces, vampirism, family tragedies, lost art, and ultimately what this means to Ray. As the stories unfold the reader discovers why Ray has been locked up in his own self-imposed world of curiosity and creativity. The joy of the discovery makes the book a certain page-turner.

The Illustrated Hen is currently available for pre-sale on the 3L Publishing website (http://3lpublishing.flyingcart.com/?p=detail&pid=103&cat_id=) and releases nationwide on Sept. 1, 2019 on Amazon in print and Kindle; Nook on Barnes and Noble; and iBook via Apple Books.
books Fantasy Literature Ray Bradbury Sci-Fi Scott Charles The Illustrated Hen The Illustrated Man

Popular posts from this blog

- December 10, 2011
We'll do a kind of mini-workshop on the blog to show you how to build sexual tension either in a book or script. Watch the two methods I employ between Brea and her love interest Drew. Read it below, and I will deconstruct it for you to show you the slow progression and build up. Please notice, I know the entire storyline between these two, so I'm working by making subtle gestures that only an informed audience would notice, which is why you need to know where your story is going and how you intend for it to end so you can build the foreshadowing into the story. I'm not suggesting you don't let some parts of the story organically evolve, but I do know that to build the story arc you need to the end game and character flaws and motivations. So, let me deconstruct that scene for you. Notice a lot of looks pass between them (keeping the focus on the eye-to-eye contact, which is one of the keys to building sexual tension). And mind you, nothing is sexier than a forbidden
Read more

- May 09, 2011
I get asked all of the time, what works best? A collaboration or partnership? I am currently collaborating on a creative project and will not form another partnership. I've had several partners, and I can definitely say that it doesn't work very well. For one thing when you form a partnership, you create a marriage of sorts that includes mixing finances and needing to agree on how to manage not only money but time and resources. In a collaboration, you keep out of each other's business and focus exclusively on the project at hand. If you're considering one or the other, here are some important points: Ethics -- this one came home to roost. What is your prospective partner's ethical and moral outlook? Why does this matter? Well, if one person isn't particularly ethical in their treatment, for example, of clients, this behavior will affect your brand name. While one partner may act in one way, the other's behavior can definitely influence prospective client
Read more 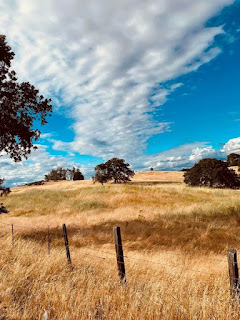 Today’s topic is about using the point of view and the feelings of the character to apply it in how your descriptions unfold. In writing One Little Lie , I am writing in the first person. I chose the first-person narrative so I could convey the depth of the character’s feelings, but also to allow the prose to unfold from that person’s perspective. You have to remember that if you decide to use the first person narrative, you will be restricted to the knowledge of that person. You’re up in the narrator’s head, and the narrator only observes and hears from the other characters.   I’ve used several types of techniques. I decided to use first person in One Little Lie , because it’s a deeply personal and emotional tale. The story revolves around one character’s story of transformation, from open naivete and hopeful trust to the rude awakening of a narcissistic liar’s duplicity. You go through the experience of her transformation with her and see it unfold through her ey
Read more

Two Seconds with 3L's CEO
I am a publisher, author, fine artist, produced screenwriter, and outspoken funny girl. You never know what I'm going to say on this blog. Could be straightforward and serious, or it could be cheeky and funny -- it all depends on what's on my mind. If something sounds "off," it's more likely said tongue-in-cheek than serious. I like nothing better than to crack up, and when I'm working to crack myself up! Life's too short to take it seriously. Authors who work with me always have a good time. You will never find anything conservative or boring around here! Visit my website at www.3LPublishing.com.